Networking is an important part of being a Virtual Assistant.

Without it, you’re not really being terribly proactive. In fact, ultimately what you’re doing is sitting around waiting (and hoping) that new business will just fall into your lap.

That’s certainly an interesting strategy, but one that few professional VA’s would rely on.

Okay, so networking is no new thing.

But how good are you at it?

Particularly nowadays when there are so many VA’s attending local and national networking events on a regular basis.

Let’s face it – networking is A LOT more competitive.

Even since I started my VA business, just 4 years ago.

But there are ways to ensure you stand out from the competition. And I’ll tell you right now, it’s not by being pushy or salesly so don’t worry if those aren’t your strengths.

What is the right way to network?

Don’t be put off by the word ‘plan’. I’m not talking about a scary 10 page document you need to pull together before you even step foot outside your office.

But it’s worth jotting down a few ‘pointers’ to help you stay focused.

See what I mean?

Get each of those clear in your mind before your next networking event, and that alone will make networking a lot easier.

Another thing that many of us don’t think about – or at least I had never thought about until it happened to me ….

How to get out of a conversation. How to move on.

Inevitably you’ll end up speaking with someone you may not feel a rapport with, you may not like, or someone so self-absorbed that you can’t get a word in edgeways.

Your time is precious. Don’t spend it with people who (rightly or wrongly) you feel aren’t worth it.

Cut your losses and move on to someone else in the room.

When there’s a natural break in the conversation, just tell them that you’ve enjoyed speaking with them and look forward to the next time (but only if you actually want to speak with them again).

Or you may know someone they’re a good fit for. If so, introduce them before moving on.

Or if you really want to cut the chances of a rematch, simply excuse yourself in a professional manner and move on.

The final part of the ’plan’ is to know who it is you want to network with.

By this I mean, what industry are they in? What’s their profession? Are they in a particular market segment? Or niche? Does it matter where they’re based?

Being specific about who you’re keen to talk to, will make the overall planning stage so much easier.

Yeah, yeah, we’ve all heard this before!

But I don’t mean what you wear, your smile, your handshake, your opening line …

I mean, don’t view each person you network with as a potential client.

This may go against the grain, but it’s actually where a lot of new VA’s (and some seasoned ones) end up not getting the results they expected.

Of course, if they end up being that client, great!

Just don’t have that mind-set as you go in. This way you’re much more likely to be yourself, and much less likely to be sales driven.

And remember, contact details doesn’t necessarily mean – name, email, phone number. It could be as easy as LinkedIn or Twitter.

Sometimes getting a social media profile is a great way to find out more about them. You can then use that information to target your own updates to be relevant to them – assuming you’re looking to get them as a new client.

Or it could help you find potential clients in their circles.

Before going down this route I should say that if you’re someone who informs us all of what you ate for lunch, or when your next bowel movement might be, stop! This is not for you.

Using social media for business means you must stay professional at all times.

Yes your personality should shine through, but no-one else is interested in how delicious your chicken wrap was!

Not everyone attends the same networking events over and over. And overtime, your information will get diluted by other contacts they’ve made in the meantime.

So how do you ensure you stay remembered?

As with any relationship, you need to invest time to strengthen it. Develop it. Nurture it.

There are a number of ways to do this:

Networking isn’t just about finding new business. It’s about business people coming together to help each other.

Networking is a long-term game plan.

So take some time now to make sure you get it right. 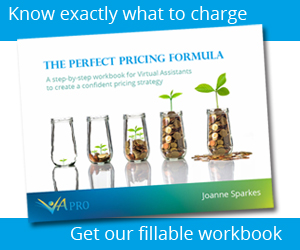 5 reasons why clients won’t be hiring you